Out Of The Office, Into The Woods 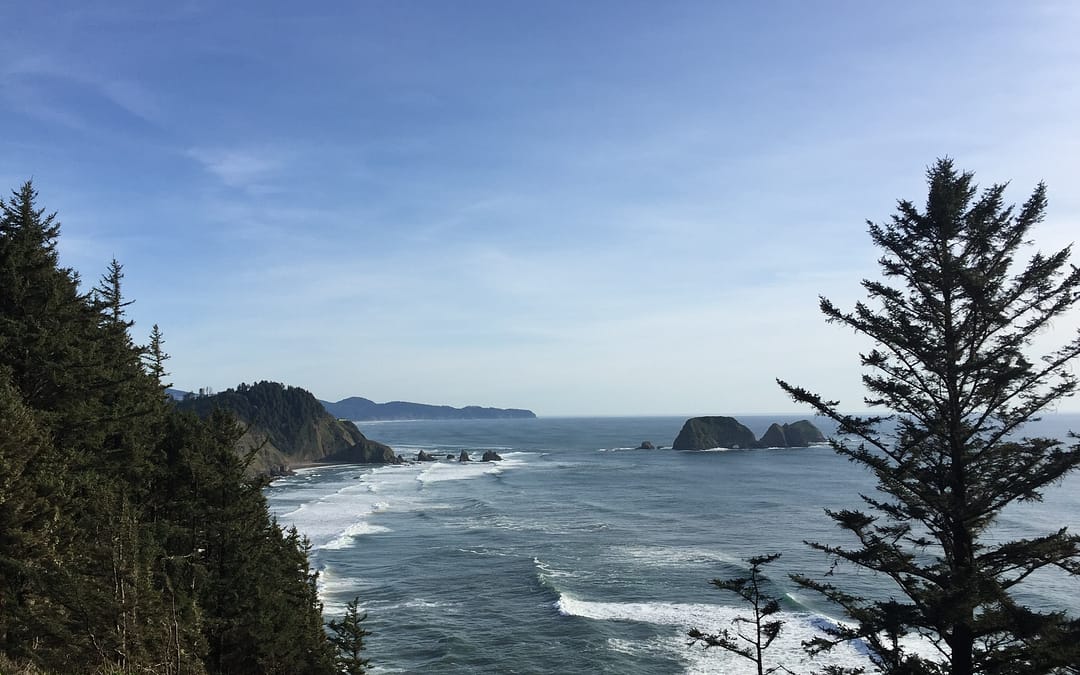 Inspiration for the next big getaway comes from the least expected places. Did I ever think I’d find ideas for my next travel adventure from a clothing company? No. That’s where I found it, though.

After a pretty successful birthday outing to the Willamette National Forest to celebrate Jason’s 39th birthday last year, we wanted a bigger trip this year to celebrate 4-0. The planning for such things is in my realm, but I was coming up dry – and losing time. Enter Marmot and their eblast announcing the Five Wettest National Parks in the country.

I’d bought a vest from their San Francisco store one chilly day a few months back and ended up on their e-mail list. Not that I minded. Like any good brand, they do more than just pummel you with sales and special offers in their eblasts; they use the vehicle to promote a lifestyle synonymous with their product. When I glanced at the subject line on this one, I opened it right away. I know, I know, but this is a marketing blog. Just stay with me.

The first park on the list was Olympic. It was the solution, perfect for the type of trip we were looking for – a beautiful drive to a new part of the country we’d never seen. (And since we’d gotten to explore the Badlands and Mt. Rainier on our trip across country a couple years ago and Redwoods last fall, we’ve since decided we need to experience as many national parks as possible. #FindYourPark, people.)

This trip would be six days, driving over to the coast and then up the Pacific Coast Highway from Newport, Oregon, through Astoria and over into Washington where we’d spend three days in the park, then have dinner at one of those extra-special-occasion-type restaurants in Woodinville, Washington, before heading home. Below are images and links to little snippets of videos and more information on some of these spots.

It took us about an hour to get to the coast. Once there, we lost a lot of time, but it was worth it because we were stopping at viewpoints. Heading up 101, we decided to take a detour onto a scenic byway called the Three Capes Loop that took us right by capes Kiwanda, Lookout and Meares. While the drive was beautiful, it’s a bit of a hike to get to the scenic viewpoints for the first two capes, and we didn’t have the time to make those happen, but we did take in the sites along the way and at Cape Meares.

The first night we stayed at a bed and breakfast overlooking the Columbia River in Astoria.

The proprietor was a sweet lady who made us blueberry Dutch Babies for breakfast (a first for us). With our bellies full the next morning, we loaded up and crossed Megler Bridge into Washington State.

Olympic National Park takes up most of Washington’s Olympic Peninsula – which is that thumb that sort of sticks off the western part of the state.  About halfway up that thumb at the bottom of the dotted line on the map below lies Lake Quinault.

Once at the lake, we picnicked then headed out for an afternoon hike, seeing waterfalls and the world’s largest Sitka Spruce along the way.

We loved the lodge we stayed in that night. Lake Quinault Lodge was originally built in the early 1900s (and rebuilt after a fire destroyed it in the 20’s). Sipping drinks on patio overlooking the lawn that sloped down into a little lake-front beach, it was easy to imagine generations of families enjoying the annual summer family vacay here year after year.

The next morning we made our way up the Washington coast, stopping at beaches along the way, including Kalaloch and Ruby. The beaches in Washington are different from those in Oregon in that you see many more trees washed up along Washington’s beaches. We learned that the Olympic Peninsula is subject to some pretty harsh winter storms – sometimes with winds reaching hurricane strength. Those winds will snap trees, and then some fall into rivers, float down, and get dumped out where the rivers meet the Pacific.

Check out the vest…

As we made our way further north, we hit La Push. It’s a smaller community and home to the Native American Quileute Tribe. All of the businesses in town are owned by the tribe. It’s a bit of a touristy town, but the beach there is stunning. Jason spotted a bald eagle giving some other birds a hard time, and we caught it with the camera.

Leaving La Push we turned east and drove along the northern end of the peninsula, headed for Port Angeles, stopping at Lake Crescent along the way for a quick evening view of the lake.

We would spend the next two nights in a little cabin (as in micro-cabin) I found on AirBnB. Tiny doesn’t begin to describe this place. While we love staying in cabins, perhaps I should’ve re-thought booking the 6’5’’ guy and 5’9’’ woman in here. But we stooped down, scrunched up, and called this sweet little place home for the next two nights.

Day four was going to be our last day of sunny weather, so we altered the plan a bit and hit Hurricane Ridge. It’s one of the tallest accessible points in the park and we wanted to get in some hiking and great views of the Olympic Mountains and Canada. When we got there, though, the trails were still iced over and not open to the public, so we were relegated to a scenic drive, stopping at view points along the way.

We weren’t disappointed though, because it gave us enough time for two other hikes we’d hoped to get in, the first being Marymere Falls back at Lake Crescent.

One of our hikes around the lake took us by a grove of spruce trees that had been logged in the early 1910’s in anticipation of the government needing to build more aircraft during WWI. It was a serene – and pretty haunting – part of the woods. The area is quiet and full of towering trees, all covered in moss. Among them were also the stumps from the trees that were cut down during the war all those years ago. It was easy to imagine the rest of the tree being there, see the trees they could’ve grown into had they not been cut. We learned that the wood was actually never used for the war, though. It ended before the trees could be put to use.

After Lake Crescent we headed about 20 minutes further back on 101 to Sol Duc Valley. We were missing the season for Chinook and Coho salmon running (and didn’t see any Steelhead on this trip), but we wanted to see Sol Duc Falls.  The hike through the old growth forest up to the falls is filled with a bunch of smaller falls, with the Sol Duc Falls as the star of the show. And Jason got a little too close for my liking, but he wound up with a pretty great shot in the end.

The next morning we took the ferry over to the mainland to Woodinville, where we had dinner reservations at The Herbfarm. It’s one of those rare, 5-star-4-hour-event restaurants, but worth it for my little foodie hubby.

And that was our trip! Did I need to purchase new attire for it? Nah. I did wear my vest most of the time (and loved it). We’re going to be taking another trip later this year for my birthday, and I’m keeping my eye out for inspiration….and a new Marmot jacket.