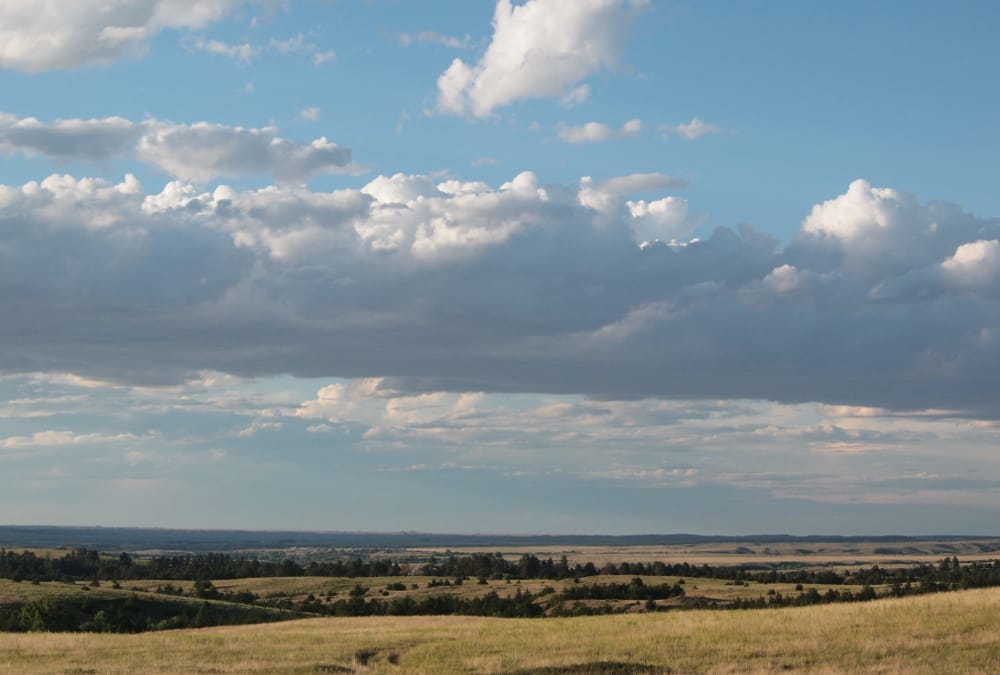 The last few days have been jam-packed, and I’m a little behind in my posts. Going through all the photos from South Dakota (Thursday – Saturday) was a pretty daunting task. I took a decent stab at it, though, trying hard along the way to make sure I wasn’t going to bore you with just pictures of different eroding rock formations.

I will say, we didn’t really know what to expect from South Dakota except what we’d heard from grandparents who’d visited the Badlands on their travels out west. But it held lots of little, beautiful surprises.

The countryside just over the state line 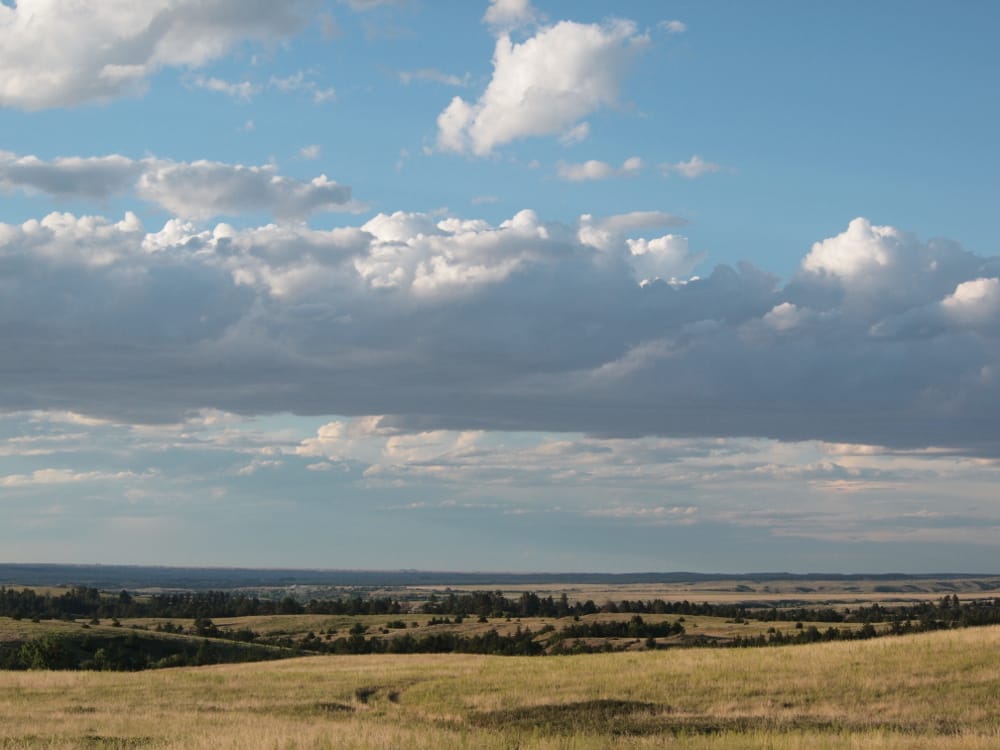 The homestead for a couple nights. Located just outside Badlands Park, this little working ranch is run by a couple who cook breakfast for guests each morning and oversee a heard of cattle.

The view from the back porch. The ranch pup Hank and coyotes would howl at each other at night.

Our first night there, we sat at this little table and watched a lightning storm off in the distance and shooting stars for over an hour. We couldn’t hear thunder from the storm (the actual storm was in North Dakota), but the light show looked to be as close as the hills here.

The next morning we drove a couple miles to the Badlands and parked the car. We’d only seen photos and they really didn’t do it justice. I’m sure we haven’t here either. But here are a few of the shots we got.

We hiked a few of the trails in the park, watching for rattlesnakes along the way.

After a morning of hiking, riding around Loop Road, taking in the sights was a welcomed respite. The Chuck Wagon took the hills easily  – four wheel drive came in handy.

We stopped along the way for a (scrumptious at the time) ham-n-cheese picnic.

And we saw little prairie dogs (tricky little suckers to photograph) and bison along the way.

That night we made it back to the ranch to watch the sun set. It didn’t last long enough.

The next morning we were up for breakfast (promptly served by the landowner and ranch proprietor at 7:30am) and we were on our way. We were headed for Red Lodge, Montana, but first wanted to stop at Mt. Rushmore since we were right here. On the way, we found a windy little road through the hills of Black Hills National Forest that would take us to the Crazy Horse Memorial (a work that will be in progress for some time to come). So our little detour took longer than we thought, but it was worth it because it took us through breathtaking country.

So that’s the South Dakota we’ve come to know. I wish we’d had more time there. But Montana was calling.  I’ve been pretty excited about this leg of the trip since the beginning. We’re two days into Montana now, and so far it’s not disappointing. Later  —